How organic milk producers are doing in the Czech Republic?

A visit to a farm involved in sustainability assessments within the UNISECO project. - An article by Andrea Hrabalová. 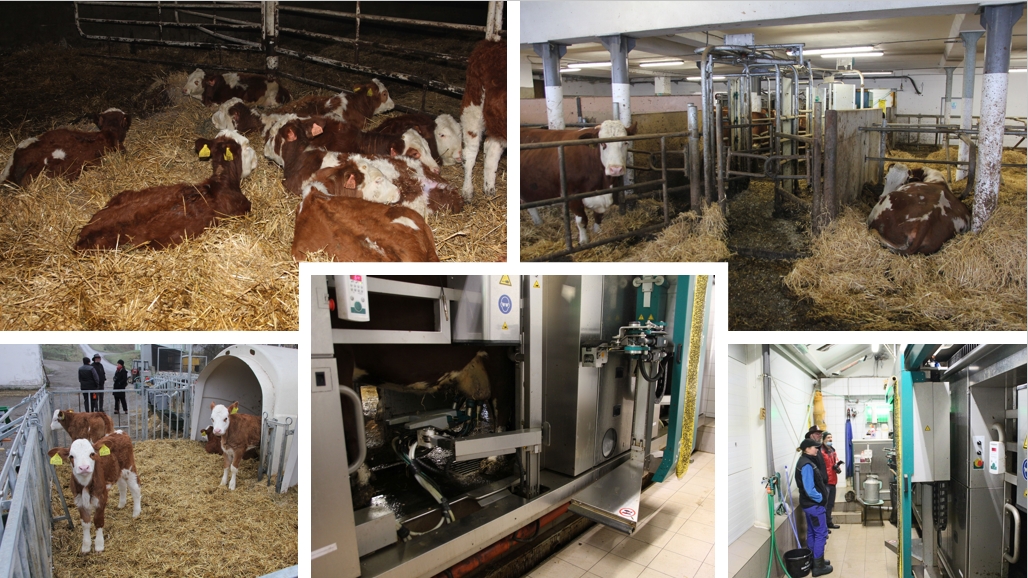 The idea to carry out reports from organic farms involved in the UNISECO project arose in cooperation with the professional magazine Náš chov (Our breeding). The aim was to show how producers of organic cow milk in the Czech Republic are doing and to use the experience from the UNISECO project.

The Rubelit farm was the first that the magazine’s editor and I visited at the end of November. The report will be published in the January issue in the Animal Breeding and Environment section.

Rubelit is one of the few organically-managed large farms producing cow's milk in the Czech Republic. The farm keeps about 360 dairy cows and a corresponding number of heifers and calves. It produces 1.8 million litres of milk per year. Due to the underdeveloped Czech organic market, all milk was exported to Germany through the Czech Organic Milk Cooperative until 2018. Today, part of the milk is processed by the farm into its own products; most of the production goes through the cooperative to domestic dairy and about a third to the third largest organic dairy in Poland. The farm currently ecologically manages 1,065 hectares, of which 630 ha are arable land and 435 ha are meadows and pastures. Crop production mainly provides own organic feed for cattle: cereals for core mixtures and bulk feed (hay and silage from clover and legume-cereal mixtures, no maize for silage used).

In the report, manager and executive Mr. Pátek described the difficult path of organic milk to the market. The milk crisis in 2009 was one of the main reasons for the farm's entry into organic farming - to find a suitable price for quality production. A similarly weak bargaining power gave rise to the Czech Organic Milk Cooperative in 2012. And the farm is experiencing a sales crisis again after exports to the German dairy ended at the end of 2018. “The domestic processing industry is still not ready for organic production. The price for organic milk fell to CZK 8.60 last year. Fortunately, we managed to negotiate an increase to the current 10 crowns per liter, which is still a relatively low realization price. However, I believe that organic production has a future in the Czech Republic," Mr. Pátek stated while discussing the reality of sales.

Rubelit started on-farm processing in 2017. It processes 8,000 liters of milk per month in a container mini dairy (which represents about 5% of the farm annual production of organic milk), the short-term goal is to process up to 18,000 liters per month. "We do not regret the decision to start producing our own dairy products. Demand is growing and we will have to expand our processing capacity soon. However, it's a long-distance run that involves managing points of sale and raising awareness”, adds Mr. Pátek. 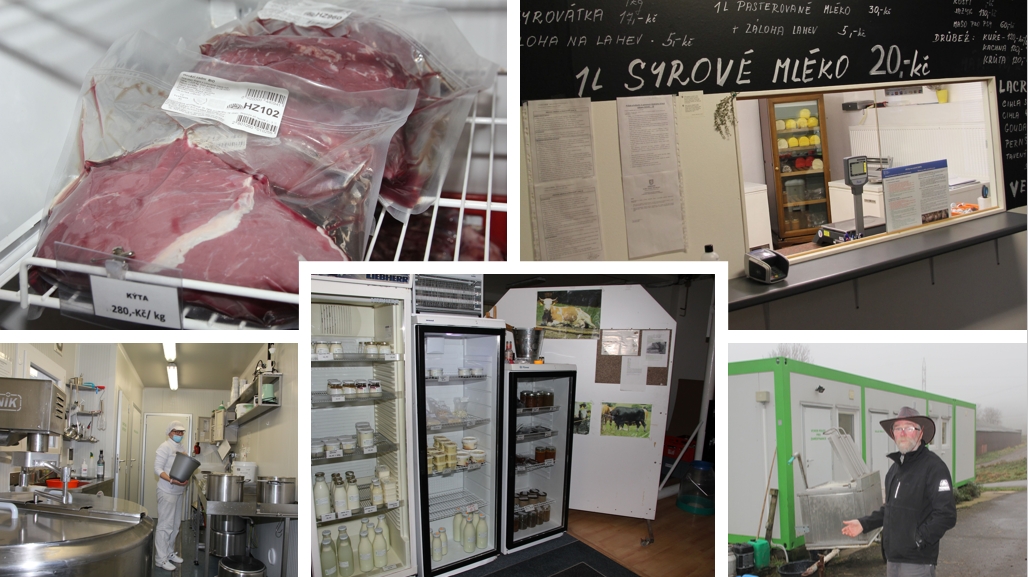 Dairy products are foods with a short shelf life, so the farm is already preparing another activity - fattening Přeštice black-spotted pigs (the original Czech breed). "As the dairy's production capacity grows, so does the volume of by-products such as whey or skim milk. Sometimes it is also possible to feed products whose expiration soon expires. Why can't the pigs consume it? ”, comments Mr. Pátek his new plans.

The UNISECO project shows that dairy farms in organic farming have twice the share of permanent grassland on the farm area and also a significantly higher proportion of forage on arable land compared to conventional dairy farms (forage makes up 40 to 50% of arable land while in the convention about 25%, however, only 10% is perennial forage and 15% maize for silage). Due to the different usage of agricultural land, organic dairy farms are more dependent on milk sales than conventional farms, which achieve higher income from arable land (the share of milk sales in the analyzed organic farms reached 80-90% of their turnover, while in conventional up to 60%).

Therefore, one of the recommendations on how to improve the viability of organic dairy farms and maintain their good care of arable land (the main dilemma of the UNISECO case study in the Czech Republic) is ensuring income diversification and keeping added value, i.e. expanding activities such as growing special crops on arable land, seed production, raising other livestock (beef cattle, pigs or poultry), building their own processing and local sales - while strengthening cooperation between farms of the same focus, as carrying out new activities on their own can be difficult and costly, ideally within the already existing Czech Organic Milk Cooperative.

Further farm visits from the UNISECO project will continue in the spring of 2021. We look forward to it.

More information about the Czech case study is here.

Read the orginal article in Czech: 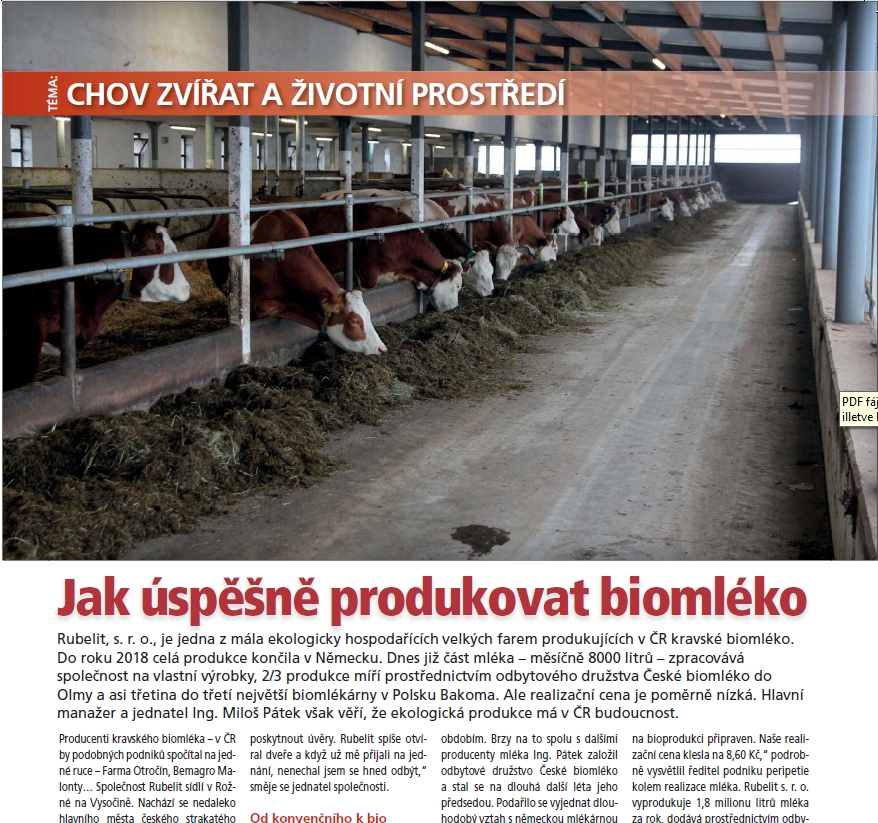