In Lucerne Central Lakes region, milk production has played a crucial role for a long time, combined with keeping pigs on the farms to make use of the whey. In the past decades, there has been a shift towards increasing stocking densities of both cows and pigs. Today, the most important farm types are specialised milk farms (31%) and specialised cattle rearing and fattening farms (14%). About 8% of the farms are specialised pig farms.

The region is one of the most intensive pig farming regions in Switzerland as well as in Europe and this agricultural branch is of high economic importance for the region. Many farms are based on the so-called "internal increase", buying in (imported) concentrate fodder and being detached from the own agricultural land when it comes to fodder supply.

The high animal densities cause important emissions and are (co-)responsible for a number of environmental problems. Ammonium emissions lead to nitrogen inputs to sensitive ecosystems and a reduction of biodiversity. Nitrate emissions are harming the drinking water quality. Moreover, the region has a long story of high phosphorus emissions and a consequential oxygen-depletion in the lakes. In the 1980ies, this originated in the installation of aeration facilities in all three lakes, which are running until today. 70% of the phosphorus reaching the Lucerne Central Lakes originates from agriculture. The situation has improved in the last decades but P loads into the lakes are, especially into Lake Baldegg, still high.

To comply with the nutrient balance required for receiving farm payments, manure is transported away to other farms. Furthermore, the storage and spreading of liquid manure occasionally results in losses due to leakages, technical failures and wrong application. These so-called „manure accidents” cause important damages to water ecosystems. Finally, the animal husbandry, namely the pig farms produce odour nuisances, which is an issue for neighbours and the local population. 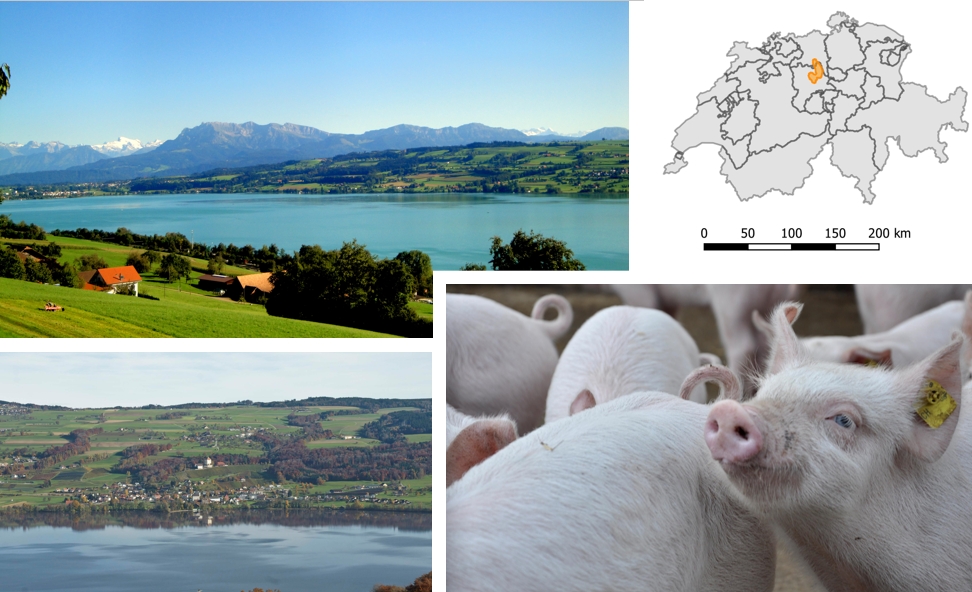 Actors from agriculture and the food system (i.e. including processing and trade), offices for agriculture and environment both at Cantonal and Federal level, as well as community actors, professional groups and environmental organisations represent a broad variety of interests and goals. The most important conflicting topics are the conservation of nature and natural resources on one hand, and the insurance of farm productivity and farm competitiveness on the other hand. Moreover, competition over land and issues related to land use planning are of great importance. Nevertheless, most actors agree that the existing structures have to be dissolved and animal density has to be reduced. However, there is no agreement on the extent of the problem, on who should solve the problem, how much influence public actors should play in the resolution, and what role private actors should play.

Despite new environmental laws and related mitigation projects, the targets for phosphorus inputs and reduction of phosphorus concentration, as well as for the reduction of ammonia emissions, could not yet be achieved. Animal densities are stagnating at a consistently high level.

In the UNISECO project, researchers and key actors (famers, advisors, NGOs and governmental officials) identified the most promising strategies to reduce their stocking densities: 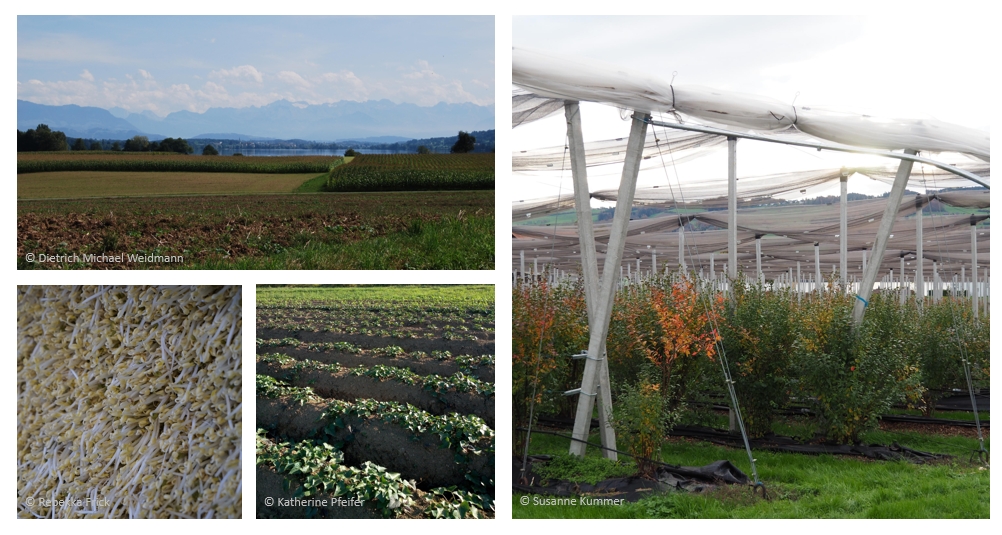 The farms operate in the context of strong structural path dependencies and important economic pressure. Supported by political measures, farmers invested in large farm buildings and bear considerable depths until today. This development was (and is up to today) promoted by the regional agricultural input market (i.e. fodder industry, barn construction industry) being specialised in the needs of intensive animal husbandry farmers; by animal traders and processers being specialised in large-scale production; and by a knowledge and advisory system specialised in intensive animal husbandry.

Economically, the current system with high animal density works well providing only few incentives for farmers to change their production. Moreover, market saturation and sales uncertainty are important barriers when it comes to the conversion to organic farming and/or the introduction of direct marketing. Food safety and land use planning laws are additional barriers to direct marketing. In addition, diversification is impeded by a lack of knowledge and access to specialised advisory services.

Alternative strategies can only be successful if the farms manage to keep or increase the income compared to the old farming system. The UNISECO project identified the following strategies to reduce stocking densities as most promising: 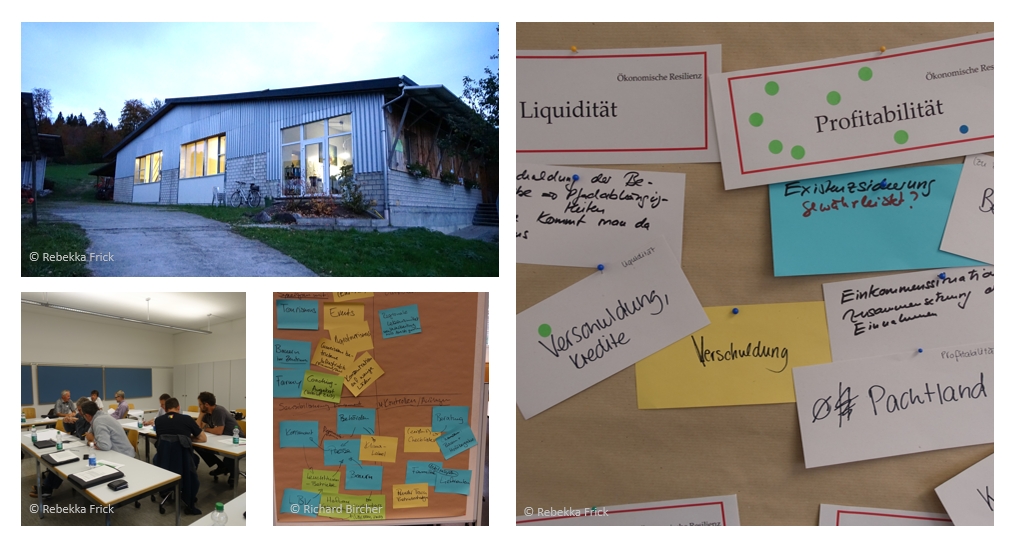 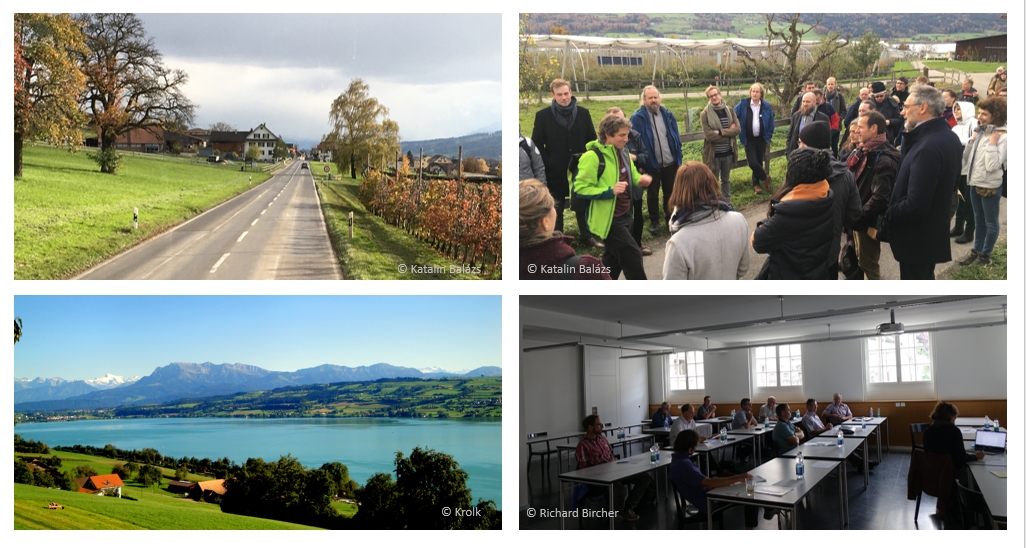 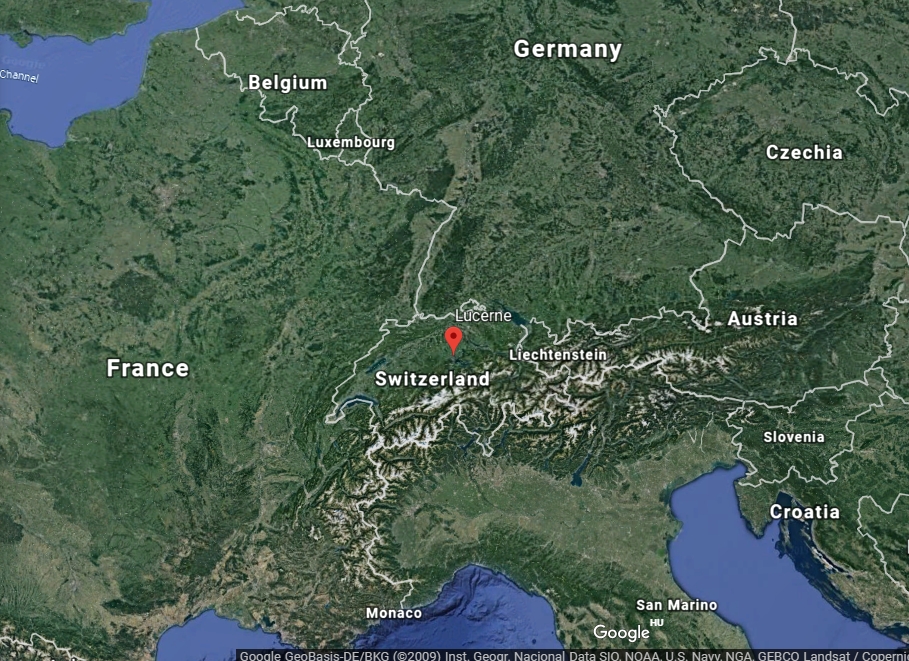