RESEARCH ARTICLE: Applying the HANPP framework to map provisioning ecosystem services and their relation to ecosystem functioning across the EU

Read the open access research paper by BOKU colleagues based on the work in UNISECO "Applying the Human Appropriation of Net Primary Production framework to map provisioning ecosystem services and their relation to ecosystem functioning across the European Union" published in the Vol. 51 2021 issue of Ecosystem Services. 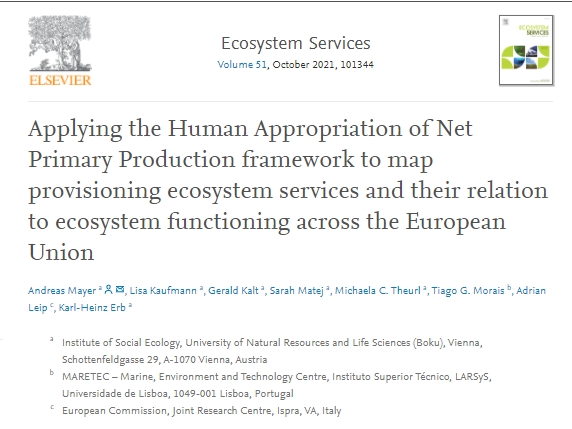 The input dataset for the base year of the territorial modelling in UNISECO was used to add an analysis of the alteration of net primary production through agriculture in the EU. Several indicators from the Human Appropriation of Net Primary Production (HANPP) framework were used as proxies for provisioning ecosystem services and ecosystem functioning. It was found that the EU agricultural systems deliver high provisioning ESS per area, and that regions with large grasslands and permanent crops have a smaller impact on ecosystem functioning than regions dominated by arable crops. It was also found that livestock systems exceed agroecosystem capacity in quite some regions, and for the whole EU + UK, they have larger NPP impacts than the total crop and grassland production in the same region.